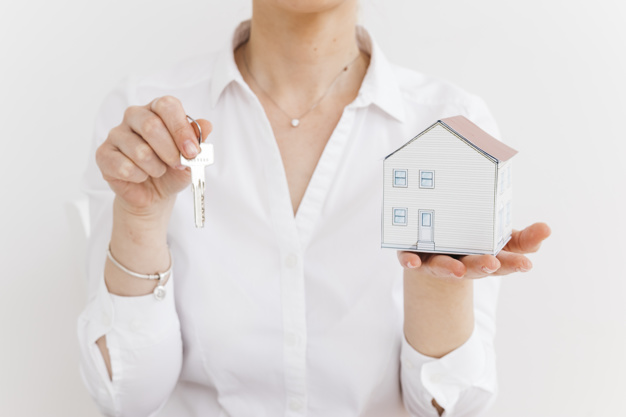 Why Real Estate is Lucrative for Women Home Buyers?

Women in India have finally stepped out from the shadows of patriarchy and are actively pursuing their dreams to make them a reality by becoming financially independent. But now they are also taking part in choosing and buying RERA-approved plots which were mostly done by the male members of the family. The real estate market is witnessing growth as far as women homebuyers are concerned within the country. A recent study by Economic Times revealed that nearly 42% of women prefer real estate as an investment asset class, 30% chose fixed deposits and surprisingly only 17% were interested in gold.

As education and career take women far from their hometowns, property investment becomes a way of building future stability for themselves. This trend is largely visible in metropolitan cities of Delhi, Mumbai, Bangalore, Kolkata, and Chennai as well as Tier-II cities such as Jaipur, Chandigarh, Lucknow, Raipur, and Mysore. According to a Track2Realty report, 32% of buyers across the country are single women who contribute to decision-making in about 74% of all real-estate purchases.

Single women homebuyers prefer cities like Bengaluru, Mumbai, and Chennai because of reasons like safety, education, and job opportunities and ample recreational joints, and an active nightlife. Real estate developers and residential loan lenders have realized the potential of this segment and have come up with various offers and incentives to profit and encourage female home buyers which will also eventually give a boost to the real estate industry.

Women homebuyers get preference under PMAY:

The Pradhan Mantri Awas Yojana (PMAY) under the ‘Housing for All by 2022’ mission, for instance, was introduced to encourage and mandate women participation as co-owners of Gated community plots in Chennai, when considering to own RERA approved plots in the rural and urban areas. Targeting the first-time home buyers, this scheme allowed for subsidies to the tune of Rs 2.35 lakhs and Rs 2.30 lakhs to eligible applicants, depending on their annual income bracket.

Offered under the Credit-Linked Subsidy Scheme (CLSS), this can be availed by households in the middle-income group (MIG) having an annual income of between Rs 6 lakhs and Rs 18 lakhs. The buyer also gets to avail of a PMAY-linked home loan and benefit from the tax concessions that come along.

Home loans at a lower rate for RERA approved plots:

Several leading banks and other financial institutions in India offer home loans with concessional interest rates to women. Besides this, several schemes, offers, and initiatives are also available to encourage more women including entrepreneurs, executives, and even homemakers to make a home-buying decision. ‘Her Ghar’ by the state bank of India, ‘Women Power’ by HDFC, and Mahila Awas loan are a couple of examples of such schemes.

Women do enjoy the benefit of paying lower stamp duty than men. However, this rate varies from state to state. For example, in Delhi, the stamp duty for men is 6% while it’s only 4% for women. In Haryana, it’s 6% for women and 8% for men. You can also save a significant amount of money if the property(Residential land for sale) is registered in the name of the female partner as the stamp duty is lesser in such cases.

All thanks to the schemes as mentioned here above, women can now make better decisions about RERA-approved plot investments in India. With escalating financial independence and initiatives from lenders and financial institutions, the amount of girls meaning to become first-time homebuyers is gradually witnessing an increase.